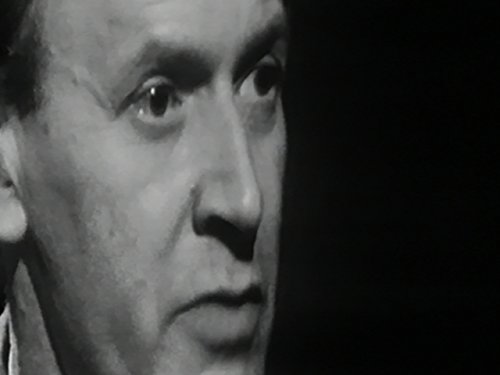 Steed and Cathy investigate the death of diamond importer's wife and its connection to smuggled diamonds that are flooding the market.

original title: Death on the Rocks

Steed goes undercover as a green jeweler after the death, buying the Ross family home. He asks Cathy to pose as his wife for the investigation, peaking her interest by implicating the syndicate in smuggling and selling conflict diamonds. It's revealed early in dialogue exchanges, however, that Steed believes the syndicate keeps its members in line by threatening their wives.

Although earlier scripts of the Steed/Gale alliance were re-written replacing Ian Hendry's David Keel before production began; this teleplay by Eric Paice was conceived only with Mrs. Gale in mind. (I seriously doubt that British television would have had an open mind to a Keel/Steed marriage in 1962.) You can tell that Paice ran as much as he could with the assignment.

It's a piece that examines the cultural role of woman in the 1960's. A strong supporting character is Jackie Ross (Toni Gilpin), who is moaning her mother's death, but more concerned about her ailing father, and her upcoming nuptials. She is just as gifted a jeweler as her father
Tweet